Reading critically does not simply mean being moved, affected, informed, influenced, and persuaded by a piece of writing. It refers to analyzing and understanding the overall composition of the writing as well as how the writing has achieved its effect on the audience. This level of understanding begins with thinking critically about the texts you are reading. In this case, “critically” does not mean that you are looking for what is wrong with a work (although during your critical process, you may well do that). Instead, thinking critically means approaching a work as if you were a critic or commentator whose job it is to analyze a text beyond its surface.

A text is simply a piece of writing, or as Merriam-Webster defines it, “the main body of printed or written matter on a page.”  In English classes, the term “text” is often used interchangeably with the words “reading” or “work.”

This step is essential in analyzing a text, and it requires you to consider many different aspects of a writer’s work. Do not just consider what the text says; think about what effect the author intends to produce in a reader or what effect the text has had on you as the reader.  For example, does the author want to persuade, inspire, provoke humor, or simply inform his audience?  Look at the process through which the writer achieves (or does not achieve) the desired effect and which rhetorical strategies he uses. These rhetorical strategies are covered in the next chapter. If you disagree with a text, what is the point of contention? If you agree with it, how do you think you can expand or build upon the argument put forth?

Consider this example: Which of the following tweets below are critical and which are uncritical? Figure 1.2 “Lean In Tweets” 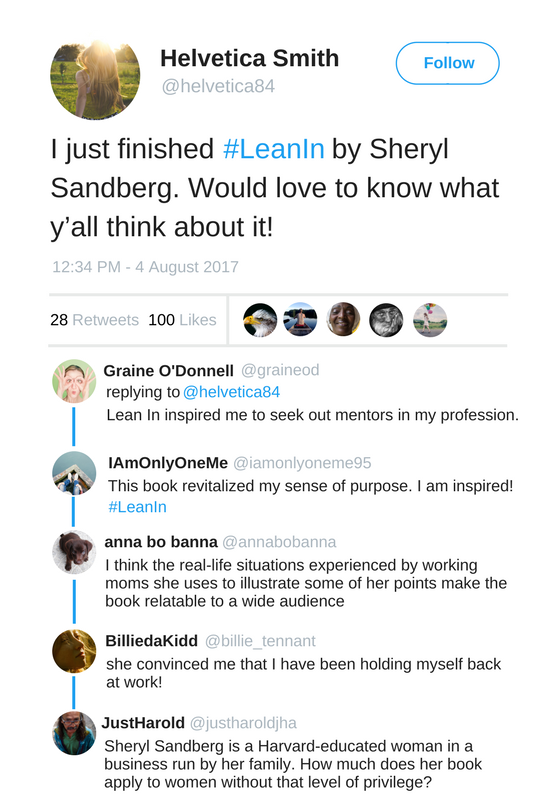 Let's Get Writing! by Elizabeth Browning is licensed under a Creative Commons Attribution-NonCommercial-ShareAlike 4.0 International License, except where otherwise noted.