In 1998, actor Jim Carey starred in the movie The Truman Show. [1] At first glance, the film appears to depict a perfect research experiment. Just imagine the possibilities if we could control every aspect of a person’s life, from how and where that person lives to where they work to whom they marry. Of course, keeping someone in a bubble, controlling every aspect of their life, and sitting back and watching would be highly unethical (not to mention illegal). However, the movie clearly inspires thoughts about the differences between scientific research and research on nonhumans. One of the most exciting—and most challenging—aspects of conducting social work research is the fact that (at least much of the time) our subjects are living human beings whose free will and human rights will always have an impact on what we are able to research and how we are able to conduct that research.

While all research comes with its own set of ethical concerns, those associated with research conducted on human subjects vary dramatically from those of research conducted on nonliving entities. The US Department of Health and Human Services (USDHHS) defines a human subject as “a living individual about whom an investigator (whether professional or student) conducting research obtains (1) data through intervention or interaction with the individual, or (2) identifiable private information” (USDHHS, 1993, para. 1). [2] Some researchers prefer the term participants to subjects, as it acknowledges the agency of people who participate in the study. For our purposes, we will use the two terms interchangeably. 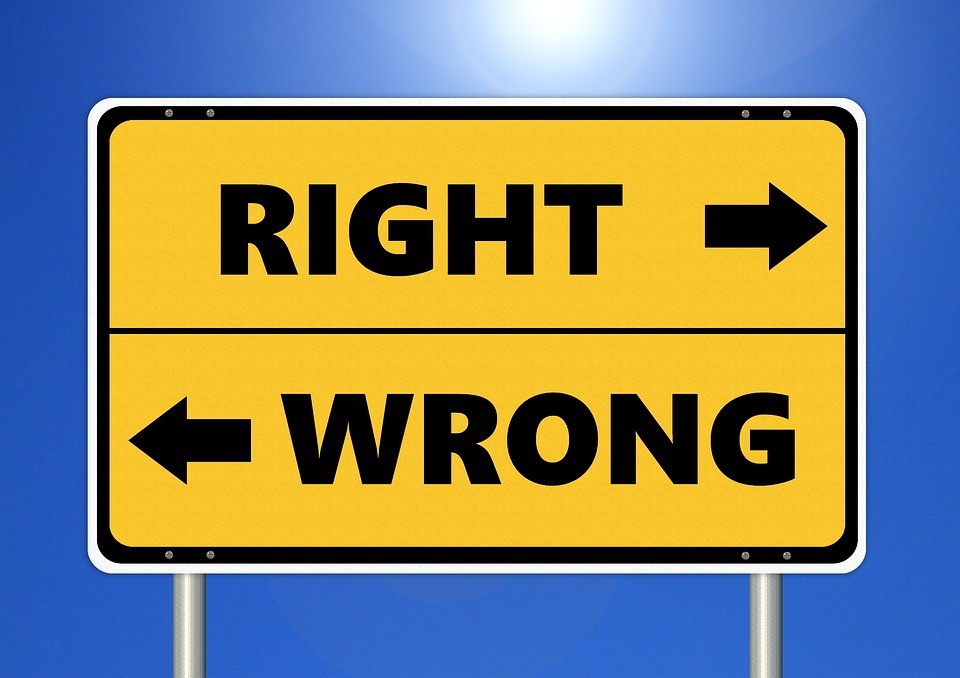 A historical look at research on humans

Research on humans hasn’t always been regulated in the way that it is today. The earliest documented cases of research using human subjects are of medical vaccination trials (Rothman, 1987). [3] One such case took place   in the late 1700s, when scientist Edward Jenner exposed an 8-year-old boy to smallpox in order to identify a vaccine for the devastating disease. Medical research on human subjects continued without much law or policy intervention until the mid-1900s when, at the end of World War II, a number of Nazi doctors and scientists were put on trial for conducting human experimentation during the course of which they tortured and murdered many concentration camp inmates (Faden & Beauchamp, 1986). [4] The trials, conducted in Nuremberg, Germany, resulted in the creation of the Nuremberg Code, a 10-point set of research principles designed to guide doctors and scientists who conduct research on human subjects. Today, the Nuremberg Code guides medical and other research conducted on human subjects, including social scientific research.

Medical scientists are not the only researchers who have conducted questionable research on humans. In the 1960s, psychologist Stanley Milgram (1974) [5] conducted a series of experiments designed to understand obedience to authority in which he tricked subjects into believing they were administering an electric shock to other subjects. In fact, the shocks weren’t real at all, but some, though not many, of Milgram’s research participants experienced extreme emotional distress after the experiment (Ogden, 2008). [6] A reaction of emotional distress is understandable. The realization that one is willing to administer painful shocks to another human being just because someone who looks authoritative has told you to do so might indeed be traumatizing—even if you later learn that the shocks weren’t real.

Around the same time that Milgram conducted his experiments, sociology graduate student Laud Humphreys (1970) [7] was collecting data for his dissertation research on the tearoom trade, which was the practice of men engaging in anonymous sexual encounters in public restrooms. Humphreys wished to understand who these men were and why they participated in the trade. To conduct his research, Humphreys offered to serve as a “watch queen,” who is the person who keeps an eye out for police and gets the benefit of being able to watch the sexual encounters, in a local park restroom where the tearoom trade was known to occur. What Humphreys did not do was identify himself as a researcher to his research subjects. Instead, he watched his subjects for several months, getting to know several of them, learning more about the tearoom trade practice and, without the knowledge of his research subjects, jotting down their license plate numbers as they pulled into or out of the parking lot near the restroom.

Sometime after participating as a watch queen, with the help of several insiders who had access to motor vehicle registration information, Humphreys used those license plate numbers to obtain the names and home addresses of his research subjects. Then, disguised as a public health researcher, Humphreys visited his subjects in their homes and interviewed them about their lives and their health. Humphreys’ research dispelled a good number of myths and stereotypes about the tearoom trade and its participants. He learned, for example, that over half of his subjects were married to women and many of them did not identify as gay or bisexual. [8]

Once Humphreys’ work became public, the result was some major controversy at his home university (e.g., the chancellor tried to have his degree revoked), among scientists in general, and among members of the public, as it raised public concerns about the purpose and conduct of social science research. In addition, the Washington Post journalist Nicholas von Hoffman wrote the following warning about “sociological snoopers”:

We’re so preoccupied with defending our privacy against insurance investigators, dope sleuths, counterespionage men, divorce detectives and credit checkers, that we overlook the social scientists behind the hunting blinds who’re also peeping into what we thought were our most private and secret lives. But they are there, studying us, taking notes, getting to know us, as indifferent as everybody else to the feeling that to be a complete human involves having an aspect of ourselves that’s unknown (von Hoffman, 1970). [9]

In the original version of his report, Humphreys defended the ethics of his actions. In 2008, years after Humphreys’ death, his book was reprinted with the addition of a retrospect on the ethical implications of his work. [10] In his written reflections on his research and the fallout from it, Humphreys maintained that his tearoom observations constituted ethical research on the grounds that those interactions occurred in public places. But Humphreys added that he would conduct the second part of his research differently. Rather than trace license numbers and interview unwitting tearoom participants in their homes under the guise of public health research, Humphreys instead would spend more time in the field and work to cultivate a pool of informants. Those informants would know that he was a researcher and would be able to fully consent to being interviewed. In the end, Humphreys concluded “there is no reason to believe that any research subjects have suffered because of my efforts, or that the resultant demystification of impersonal sex has harmed society” (Humphreys, 2008, p. 231). [10]

Today, given increasing regulation of social scientific research, chances are slim that a researcher would be allowed to conduct a project similar to Humphreys’. Some argue that Humphreys’ research was deceptive, put his subjects at risk of losing their families and their positions in society, and was therefore unethical (Warwick, 1973; Warwick, 1982). [11] Others suggest that Humphreys’ research “did not violate any premise of either beneficence or the sociological interest in social justice” and that the benefits of Humphreys’ research, namely the dissolution of myths about the tearoom trade specifically and human sexual practice more generally, outweigh the potential risks associated with the work (Lenza, 2004, p. 23). [12] What do you think, and why? 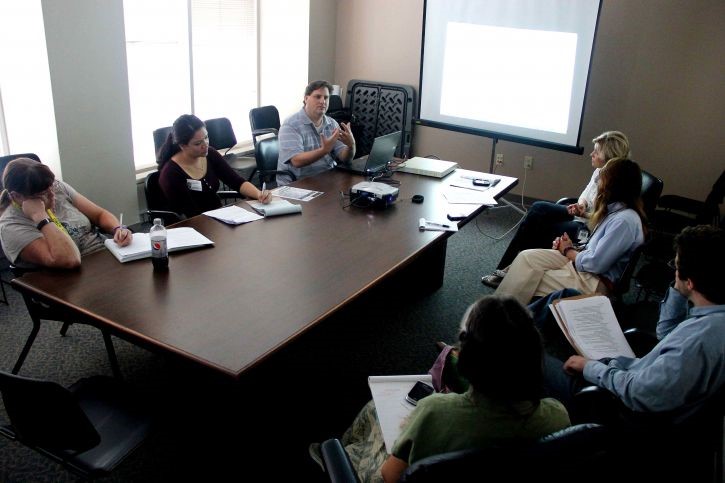 Institutional Review Boards, or IRBs, are tasked with ensuring that the rights and welfare of human research subjects will be protected at all institutions, including universities, hospitals, nonprofit research institutions, and other organizations, that receive federal support for research. IRBs typically consist of members from a variety of disciplines, such as sociology, economics, education, social work, and communications (to name a few). Most IRBs also include representatives from the community in which they reside. For example, representatives from nearby prisons, hospitals, or treatment centers might sit on the IRBs of university campuses near them. The diversity of membership helps to ensure that the many and complex ethical issues that may arise from human subjects research will be considered fully and by a knowledgeable and experienced panel. Investigators conducting research on human subjects are required to submit proposals outlining their research plans to IRBs for review and approval prior to beginning their research. Even students who conduct research on human subjects must have their proposed work reviewed and approved by the IRB before beginning any research (though, on some campuses, some exceptions are made for classroom projects that will not be shared outside of the classroom).

The IRB has three levels of review, defined in statute by the USDHHS. Exempt review is the lowest level of review. Studies that are considered exempt expose participants to the least potential for harm and often involves little participation by human subjects. In social work, exempt studies often examine data that is publicly available or secondary data from another researcher that has been de-identified by the person who collected it. Expedited review is the middle level of review. Studies considered under expedited review do not have to go before the full IRB board because they expose participants to minimal risk. However, the studies must be thoroughly reviewed by a member of the IRB committee.  While there are many types of studies that qualify for expedited review, the most relevant to social workers include the use of existing medical records, recordings (such as interviews) gathered for research purposes, and research on individual group characteristics or behavior. Finally, the highest level of review is called a full board review. A full board review will involve multiple members of the IRB evaluating your proposal. When researchers submit a proposal under full board review, the full IRB board will meet, discuss any questions or concerns with the study, invite the researcher to answer questions and defend their proposal, and vote to approve the study or send it back for revision. Full board proposals pose greater than minimal risk to participants. They may also involve the participation of vulnerable populations, or people who need additional protection from the IRB. Vulnerable populations include pregnant women, prisoners, children, people with cognitive impairments, people with physical disabilities, employees, and students. While some of these populations can fall under expedited review in some cases, they will often require the full IRB to approve their study.

It may surprise you to hear that IRBs are not always popular or appreciated by researchers. Who wouldn’t want to conduct ethical research, you ask? In some cases, the concern is that IRBs are most well-versed in reviewing biomedical and experimental research, neither of which is particularly common within social work. Much social work research, especially qualitative research, is open ended in nature, a fact that can be problematic for IRBs. The members of IRBs often want to know in advance exactly who will be observed, where, when, and for how long, whether and how they will be approached, exactly what questions they will be asked, and what predictions the researcher has for her findings. Providing this level of detail for a year-long participant observation within an activist group of 200-plus members, for example, would be extraordinarily frustrating for the researcher in the best case and most likely would prove to be impossible. Of course, IRBs do not intend to have researchers avoid studying controversial topics or avoid using certain methodologically sound data collection techniques, but unfortunately, that is sometimes the result. The solution is not to do away with review boards, which serve a necessary and important function, but instead to help educate IRB members about the variety of social scientific research methods and topics covered by social workers and other social scientists.