Anatomy of a Fold

A fold is a geologic structure that is formed by layers or beds of rock being bent or folded.  The plane that marks the center of the fold is called the axial plane.  The line which marks where the axial plane intersects the surface of Earth is called the hinge line.  The areas on either side of the curved hinge zone stick out like arms or legs, and are appropriately called limbs.

There are three main types of folds: anticlines, synclines, and monoclines.

An anticline is a fold that is convex: it curves like a rainbow.  “A” is for “anticline,” and the capital letter “A” represents the shape of the fold.

A syncline is a fold that is concave: it forms a “U” shape.  “S” is the first letter of “syncline,” and a syncline looks like a Smile.

A monocline is a special type of fold in which both limbs are parallel but offset to each other.  The limbs are horizontal, or nearly so. 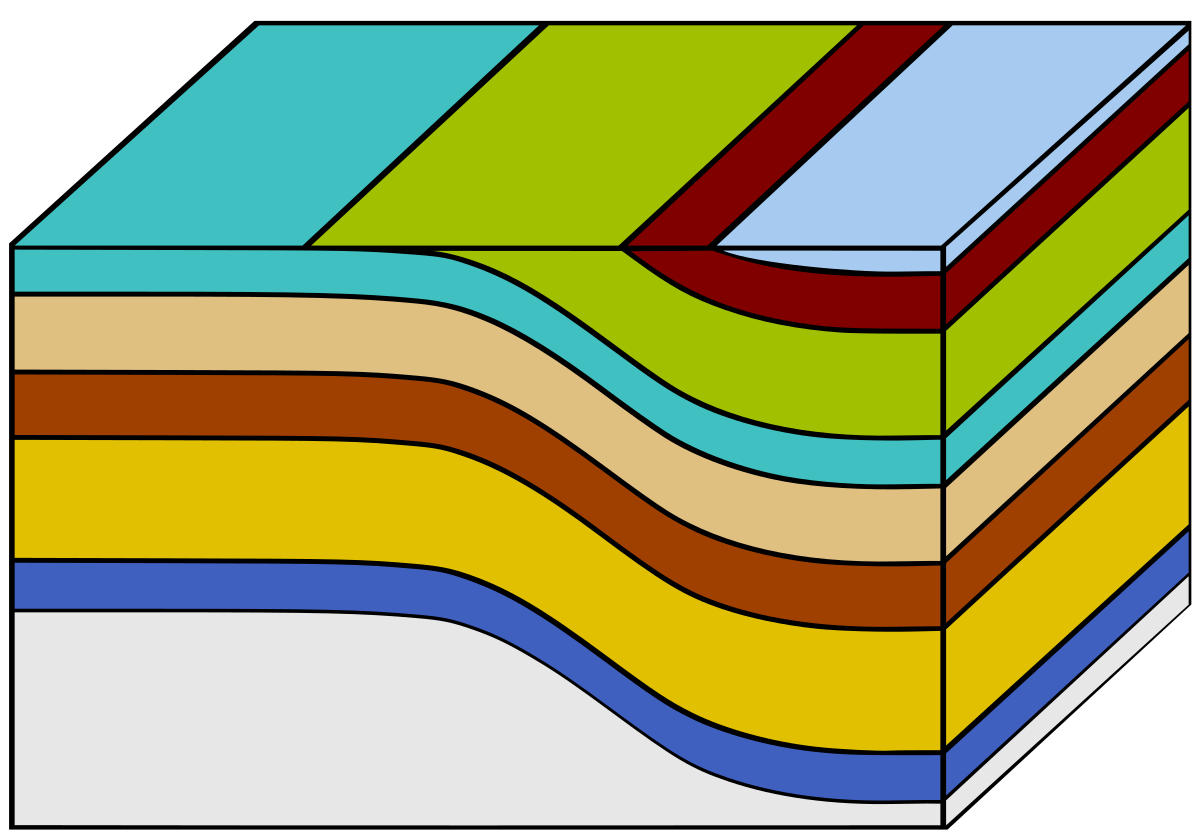 Question 11. Which type of fold is shown in Figure 24?

Question 12. What is the azimuth of the fold axis in Figure 24?

Question 13. Which strike and dip symbol is correct in Figure 25?