Placing of events in the order in which they occurred without any relationship to the actual time during which any one event occurred is known as relative dating. It is a qualitative way of describing the sequence of events. The sequence orders the events but provides no information to the amount of time passed or between events. To determine the sequence of geologic events, several principles must be followed.

The principle of uniformitarianism was first stated by James Hutton in the 18th century.  Hutton realized the events in the earths past can be understood by observing the processes seen today. Natural processes such as erosion and deposition, plate tectonics and the laws of gravity and isostasy produce the features of the Earth. These processes have not changed. For example, the processes that transport and deposit sediment in a river are the same today as they were a billion years ago. Therefore the principle of uniformitarianism is expressed as “the present is the key to the past” which guides the principles of stratigraphy.

The principle of original horizontality

Sediments deposited or precipitated on the Earth’s surface accumulate in horizontal layers. Therefore, if rocks are tilted, folded or metamorphosed, then these events must have followed deposition and lithification.  See Original Horizontality and Superposition.

The principle of lateral continuity

Sediments are deposited laterally in continuous layers. Therefore if horizontal strata are dissected by erosional features, such as a valley, they can be interpreted to be the same strata.

The principle of superposition

In a series of undisturbed layered rocks each successive layer above is younger than the layer below it. Therefore, the oldest rocks are at the bottom of the sequence and the youngest are at the top. See Original Horizontality and Superposition.

The principle of cross-cutting relationships

In the diagram below (Figure 0), the igneous dike D must be younger than fault A and igneous intrusion B, because it cuts across these (and other ) features.

The principle of inclusions 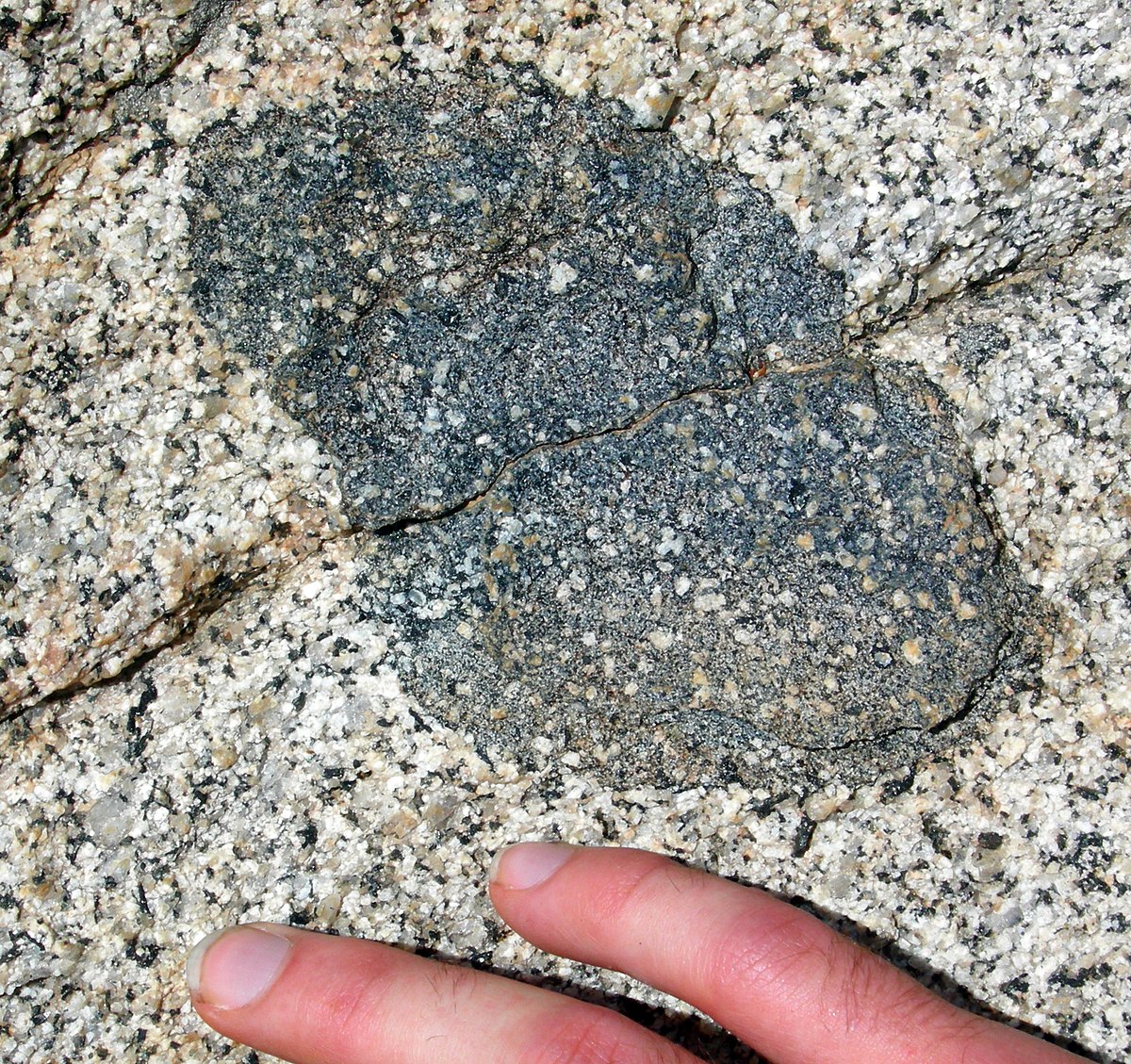 The principle of baked contacts

Magma will heat/metamorphose or “bake” the rocks it comes in contact with. Therefore if the rocks surrounding an igneous rock have a “baked contact”, they must have been present before the magma cooled.

Physical Geology Laboratory by Cindy Kearns and Elizabeth Johnson is licensed under a Creative Commons Attribution-ShareAlike 4.0 International License, except where otherwise noted.