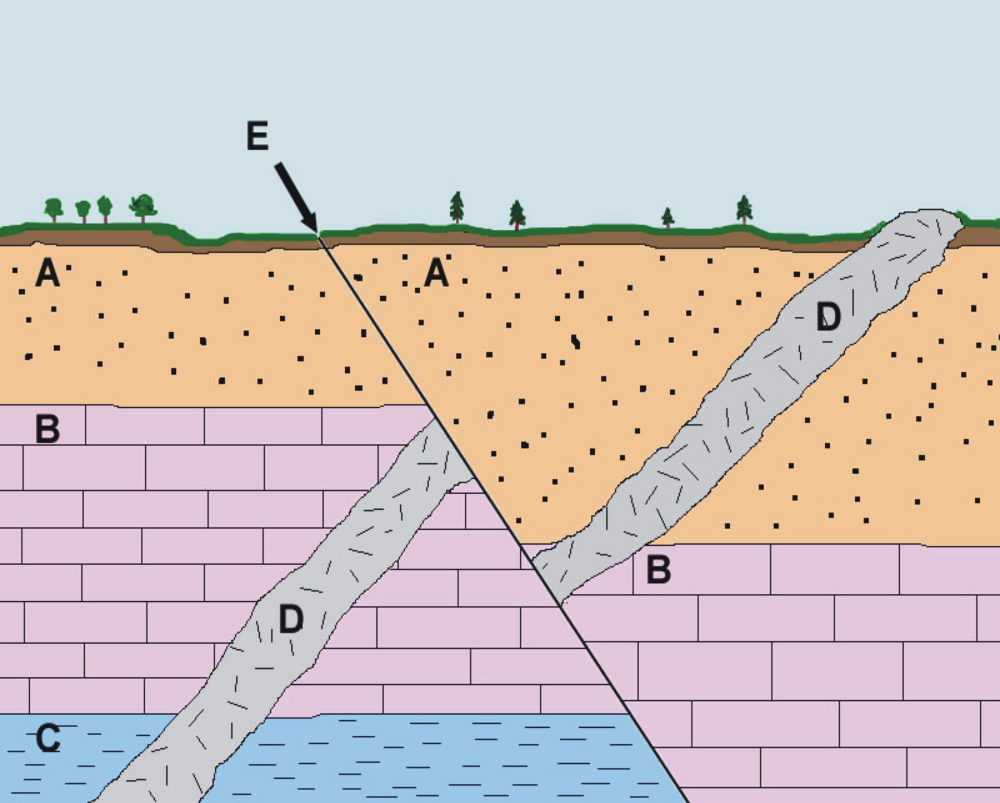 By Kurt Rosenkrantz – http://cafreetextbooks.ck12.org/science/CK12_Earth_Science_rev.pdf (page 420)
If the above link no longer works, visit http://www.ck12.org and search for CK-12 Earth Science., CC BY-SA 3.0, Link

In the diagram above, A, B, and C are sedimentary rocks. D is an igneous rock.

There are (somewhat) standard symbols to indicate different categories of rocks. These are the symbols we will use in the lab exercises (click to enlarge): 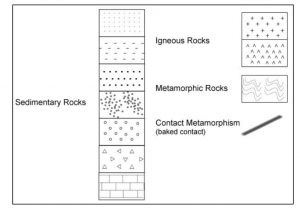 What is the strategy for completing a relative age exercise?

In this case, we see that layer C is the oldest because it is on the bottom.

Step 2: List out the story of events and rocks.  Include events like folding, faulting, and erosion in your story.

Step 3: List the letters in the order in which they occurred.  Start at the bottom (oldest) and list to the youngest event.

Step 4: Check your logic.  Use the principles of relative age dating to make sure the order makes sense.  Now, it might be helpful to check by going from the youngest to the oldest event.

Step 5: Are there any alternative explanations that are equally valid?  If two events (such as two faults, or a fault and a dike) do not overlap with each other, it may be difficult to tell which one happened first.  Are there any other options besides the one you came up with first?

There is only one logical answer for the example above.  But what about the diagram below?

The fault (blue) could have occurred before the dike (red), or the dike could be older than the fault!  But, both must be younger than the layers of sedimentary rock, because they cut across those layers. 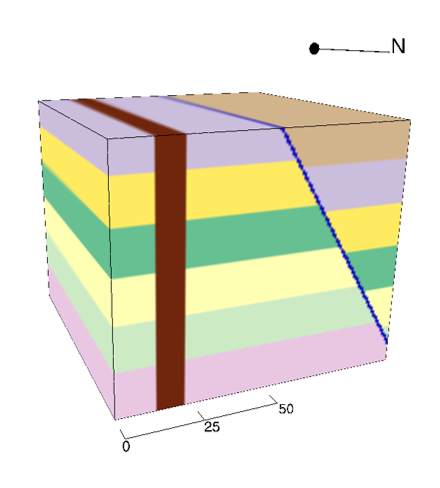 3D version of this diagram: http://app.visiblegeology.com/model.html#ahFzfnZpc2libGUtZ2VvbG9neXIPCxIFTW9kZWwYyYDxqAEM