Students will be able to:

The video above provides an overview of Earth’s magnetic field, and how it changes through time.

Determining Magnetic Declination on a Map

This magnetic declination information was taken from a topographic map in Tillamook, Oregon: 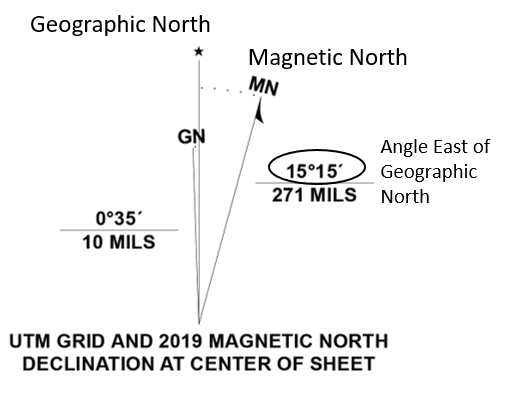 In this example, magnetic north is east of geographic north, by an angle of 15 degrees, 15 minutes.

The next magnetic declination was taken from a topographic map of Yonkers, NY: 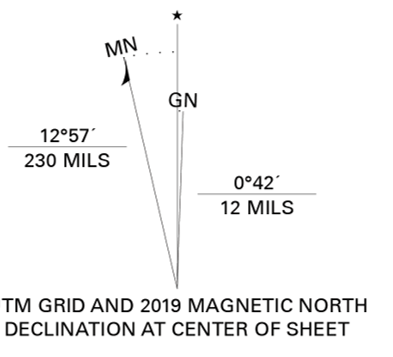 What is the declination direction and angle at this location?