Born into a farming family in Lincolnshire, John Smith early on sought a more adventurous life. At the age of sixteen, he joined in the (Protestant) Dutch War of Independence from the (Catholic)  Philip  II of Spain. He next saw action in the Mediterranean and in the Austrian war against the Turks. His service in this war earned him the rank of Captain. Wounded in battle and captured by the Turks, Smith escaped slavery by assassinating his owner and fleeing to Eastern Europe. He eventually returned to England in 1604. 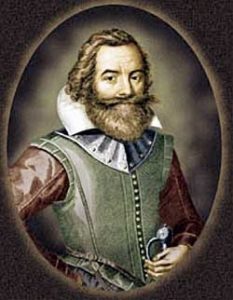 Smith’s military experience led to his being appointed to the ruling council of the Virginia Company, a company of investors who supported colonizing efforts in North America. Himself somewhat unruly and bad‑ tempered, Smith was placed under arrest on the voyage over and was even threatened with execution. Once having reached their destination, Smith took his place on the governing council and  became  governor  of the colony in 1607. Although active in maintaining the settlement, especially in the face of sickness and starvation, Smith made extensive explorations of Virginia.

During one of these exploratory treks, Smith was captured by the Chesapeake Bay Indians, then ruled by Powhatan (1545– 1618) whose daughter Pocahontas (d. 1617) saved Smith from execution. He was almost executed by the Jamestown colonists for the death of two of his soldiers but escaped punishment  upon  the  arrival  of  a  much‑ needed supply ship. After suffering injury from an accidental explosion of gunpowder, Smith returned to England. There he wrote of his experiences and explorations of Virginia and New England in terms that captivated the imagination of future settlers. His own imagination may have colored many of the events he detailed, including his famous encounter with Pocahontas, an encounter that many modern‑day historians doubt ever occurred. The Generall Historie of Virginia, New-England, and the Summer Isles (1624) compiled previously‑published accounts with Smith’s own writing. In it, he offered lavish details of the land’s bountiful resources, countered biased views of Native Americans as simple savages and nomads by describing the Powhatan confederacy, and advocated strong leaders and leadership for maintaining colonies.

Figure 2. A Map of Virginia: With a Description of the Countrey, the Commodities, People, Government and Religion (1612) 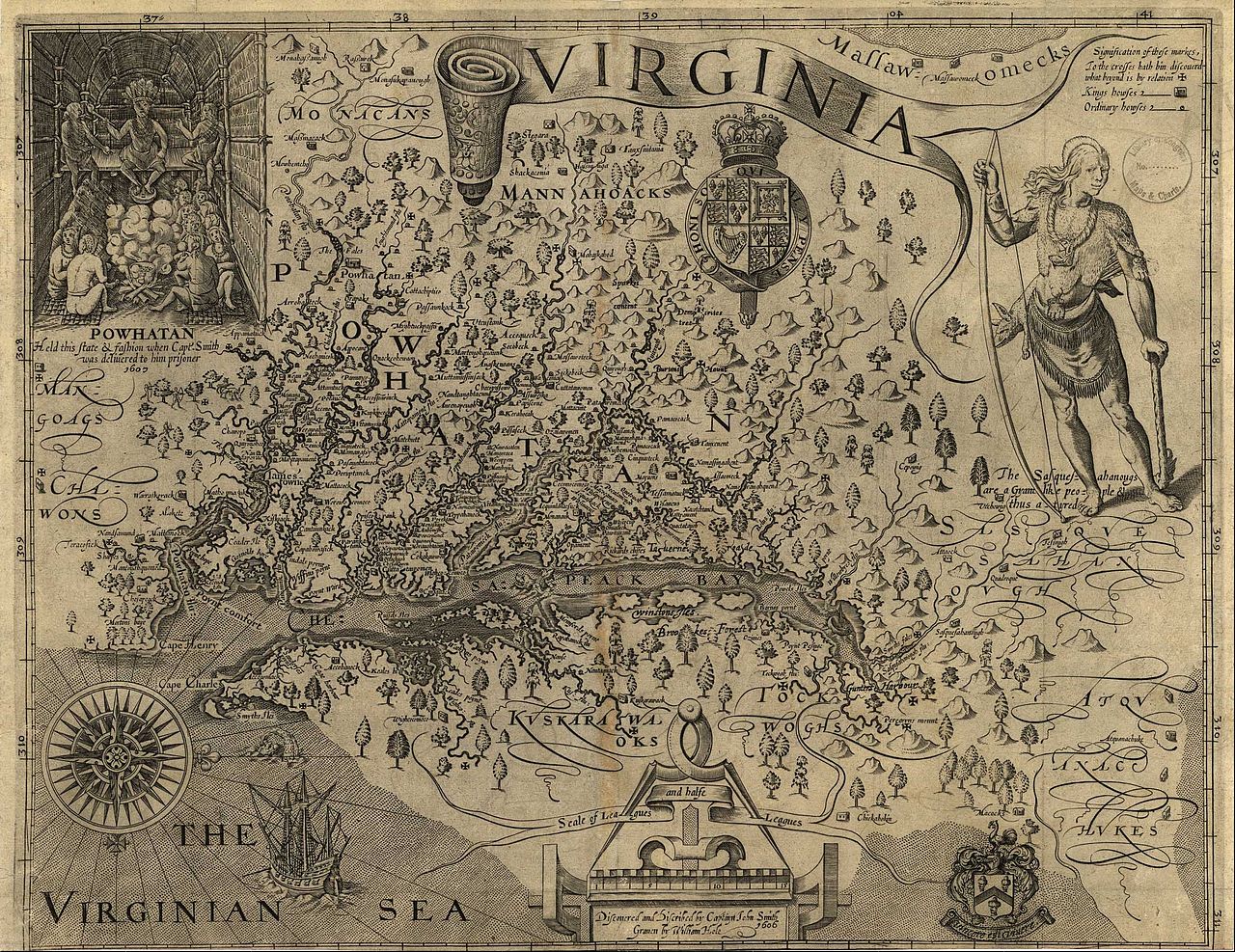