Following the tenets of the Enlightenment, Thomas Jefferson’s mind ranged amid such disparate fields of knowledge as law, philosophy, government, architecture, education, religion, science, and agriculture. Jefferson acquired understanding of law and government through the works of others—including Sir Isaac Newton (1643–1727), the classic republican theorist James Harrington (1611–1677), political philosopher Thomas Hobbes (1588–1679), Locke, and enlightenment writer Voltaire (1694–1778). Later, his library, comprising thousands of books, served as the foundation for the Library of Congress. He put this understanding to practical use in his public life devoted to the American democracy, delineating through his writing a clear and fair social contract that protects the rights of the individual.

He was born in Albemarle County, Virginia. He was educated first at home and then at the College of William and Mary in Williamsburg, Virginia. In 1769, he was elected to the Virginia House of Burgesses and thereafter devoted much of his public life to that state, including representing Virginia in the Second Continental Congress. He also served in the Virginia legislature, codifying its laws to accord with ideas of religious freedom and tolerance. From 1779 to 1781, he was the governor of Virginia. He also served as its delegate to the Congress of the Confederation.

Figure 1. Draft of Declaration of Independence sent to James Madison in 1781 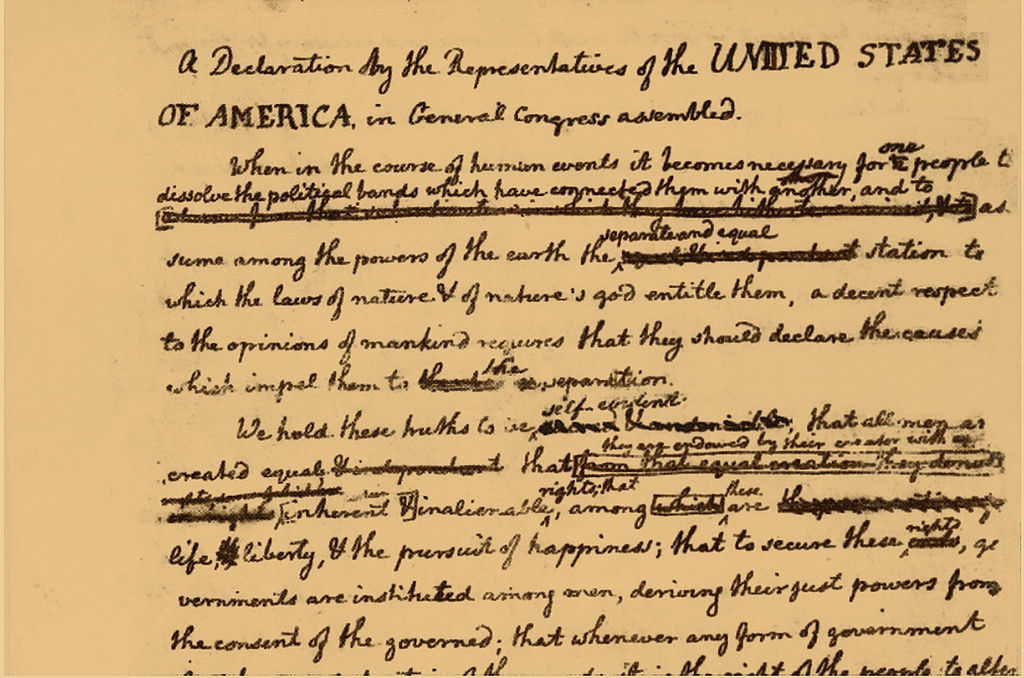 After the Revolutionary War, he helped negotiate the Treaty of Paris then remained in France as the American Minister (1785–1789). Returning to America, he devoted his public life to national affairs. He served as the first secretary of state (under George Washington), the second vice president (under John Adams), and then the third president. The Louisiana Purchase (1803) was made during his presidency, and he funded the exploratory expedition of Lewis and Clark (1803–1806).

In 1793, he retired from political life to live at Monticello, the home he designed. Although he had hoped to include a statement against slavery in the Declaration of Independence, he nevertheless held slaves at Monticello, fathered children there by his slave Sally Hemmings, and ultimately advocated for the colonization of blacks outside of America. He also founded the University of Virginia upon Enlightenment tenets of education. The buildings he designed for this university make it to this day one of the most beautiful campuses in America.
He had put on his gravestone at Monticello the accomplishments for which he most wanted to be remembered: Author of the Declaration of American Independence, of the Statute of Virginia for religious freedom, and Father of the University of Virginia. 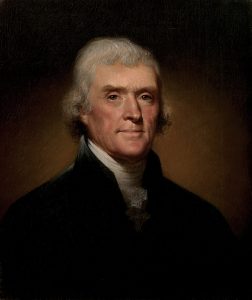