Hannah Webster Foster was born in Salisbury, Massachusetts into a wealthy merchant family. She was educated for several years at a boarding school. In 1785, she married the Reverend John Foster (1735–1800), minister of the First Parish Church in Brighton, the only church in Brighton. She bore six children, three of whom were daughters, two of whom became writers as adults. As the wife of the only minister in Brighton, Foster was an important social leader of the town. After she published two novels, Foster focused her energies on her role as wife and mother. In 1827, a group within the First Parish Church broke away to establish the Brighton Evangelical Congregational Society. Soon afterwards, John Foster left the church. He died two years later. Foster moved to Montreal to live with her daughter Elizabeth, where she died in 1840. 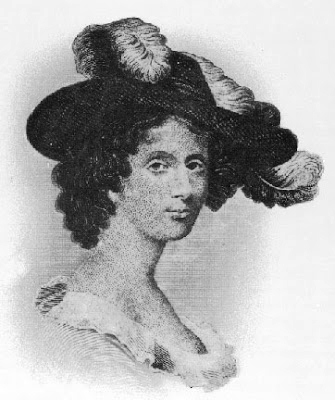 Foster was wife, mother, and writer. Her writing considers women’s lives as defined and constrained by their expected place in society as wives and mothers. Despite the hopes of such revolutionary minds as Abigail Adams, women were not freed from their dependence on the men who had legal authority over them after the American Revolution. Women were faced, at a remove, with the new nation’s changes in economy, urbanization, and politics, and their only support, foundation, and stability amidst these changes was the institution of marriage, an institution that legally saw no change post-revolution.

Foster dramatizes these concerns in her epistolary novel The Coquette (1797), one of the first epistolary novels published in America. It is based on the life of Elizabeth Whitman (1752–1788), the daughter of the Reverend Elnathan Whitman (1708–1776) and a second cousin by marriage of Foster. Whitman’s death gained great attention, for she died while using an assumed name as she waited at an inn for her presumed husband. She had no husband, and she died due to complications from giving birth to a stillborn child. Once she was identified as a relative of several well-known ministers, her story became a scandal about a woman’s fall from grace. Foster’s version of this story considers a woman’s fall from grace, humiliation, repentance, and reassertion of rectitude, and in the process, gains sympathy for her. The Coquette displays women’s limited options and limited choices within American society. Also concerned with women’s choices, Foster’s novel The Boarding School; or, Lessons of a Preceptress to Her Pupils (1798) considers women’s education, what and how they should be taught, and how education should prepare women for their lives outside of school.