Samuel de Champlain was born at Brouage, Saintagone, France. His education focused on seamanship and navigation. In 1599, he undertook the first of several voyages to America, joining a Spanish fleet to the Caribbean. His record of this voyage, including illustrations and first‑hand de‑ scriptions of the Spanish empire and their rule over American Indians, won him the attention and support of Henry IV, king of France.

As Royal Geographer, he joined Francois Pont‑Grave’s expedition charged with establishing a French colony in America. He sailed up the Saint Lawrence River and proposed a settlement at what is now the lower town of Quebec City. His written reports on America, first with Des Sauvages (of the Indians) (1604) followed by his Les Voyages (1613) did much to encourage French interest in America.

He defended the small colony through alliances with the Montagnais, the Algonquians, and the Hurons, joining them in a fierce battle against the Mohawk in what is now central New York. He died on Christmas Day in 1635 and was buried at Notre Dame de la Recouvance, a Catholic church he founded in what is now Quebec City. He is still known as the father of New France.

Figure 1. “Defeat of the Iroquois by Champlain.” This engraving is based on a drawing by Samuel de Champlain of his 1609 voyage. It depicts the July 30th battle between Iroquois and Algonquian tribes near the southern end of Lake Champlain. 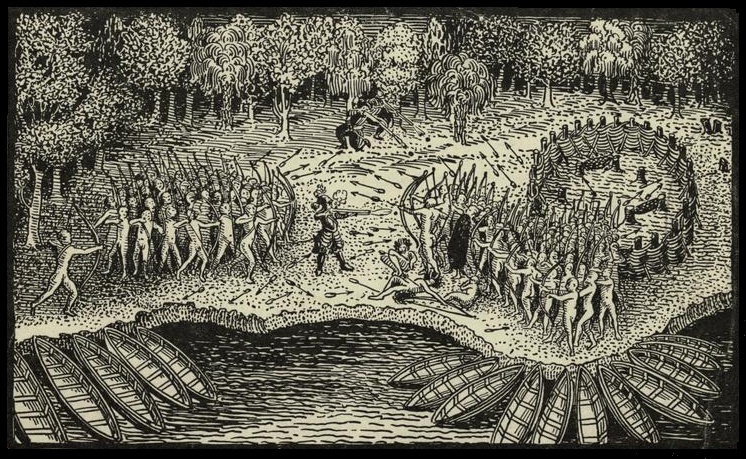 Figure 1. “Defeat of the Iroquois by Champlain,” by unknown, Wikimedia, Public Domain.