John Winthrop was born into a prosperous family in Groton, England, and followed the path of many such prosperous gentlemen by studying at Cambridge University. Though he practiced law at  the Inner Temple, he soon shifted paths when he became a Puritan, devoted to purifying the Anglican Church from within and eschewing lingering Catholic practices and rituals. When Charles I ascended the throne, Puritans such as Winthrop faced being ruled by a monarch with clear and expressed sympathies for Catholicism. To avoid losing his earthly possessions to the throne, Winthrop joined a group of Puritans who obtained permission from the king to leave England for America. They gained a charter from the Council for New England and formed themselves as “The Company of Massachusetts Bay in New England,” free to found a religious colony beyond the king’s rule. Their colony would in time become New England’s chief colony. 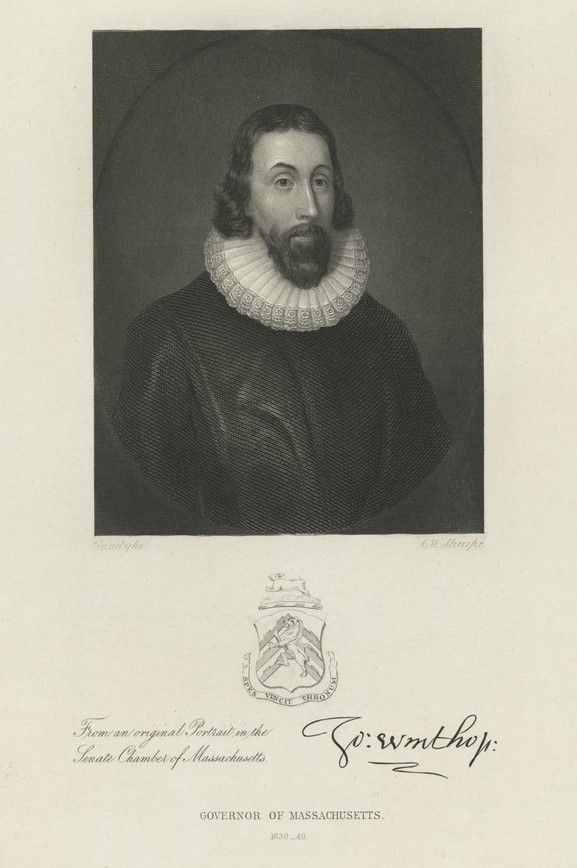 In 1629, Winthrop was chosen governor, a position he would hold for twenty ears. The initial group of colonists left England on April 8, 1630, sailing on the Arbella. Either before embarkation or early in the voyage itself, Winthrop gave his sermon A Model of Christian Charity which envisaged a harmonious Puritan community that would serve as guide and model for future emigrants. Preparing the colonists to face adversity and temptation, the sermon also prepared for their future society’s being built on and guided by Christian principles. As governor of the colony, Winthrop himself modeled these principles through his steadfast morality and selfless concern for others.

A Model of Christian Charity speaks plainly and clearly of an earthly life in the wilderness guiding towards God’s heavenly city, the new Jerusalem.