Lydia Howard Huntley Sigourney was born in Norwich and died in Hartford, Connecticut. Under the supervision and through the help of her father’s employers, Sigourney educated herself, established a school for girls, and published her first book, Moral Pieces (1815). It set the  tone for much for her voluminous later work; she published over sixty volumes of poetry and prose and thousands of periodical essays. She always maintained an interest in morality and virtue—a “proper” concern for women at that time. She supported Republican Motherhood and often placed women’s work within the separate, domestic sphere. Women could work for public good, but in their

relegated realm. She herself publicly supported schools for the hearing impaired, protested for Native American rights, and advocated Abolition. 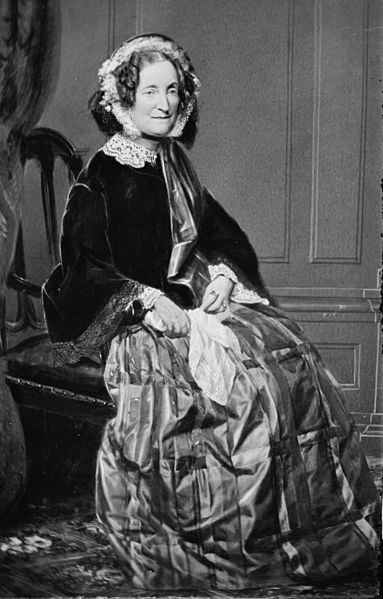 In 1819, she married Charles Sigourney, a hardware merchant. He discouraged Sigourney from publishing her writing—until they needed money due to financial losses in his business. At first, she published her work anonymously, in deference to her husband. As her reputation grew, though, she published once more under her own name.

In 1840, she traveled to Europe, seeking out literary lions and seeking to be lionized herself. Her travelogue Pleasant Memories of Pleasant Lands (1842) augmented her reputation and respect in America. That respect did not survive long after her death; she became primarily associated with the outmoded lachrymose elegies of the graveyard school of poets, such as those Mark Twain parodies in “Ode to Stephen Dowling Bots, Dec’d.”